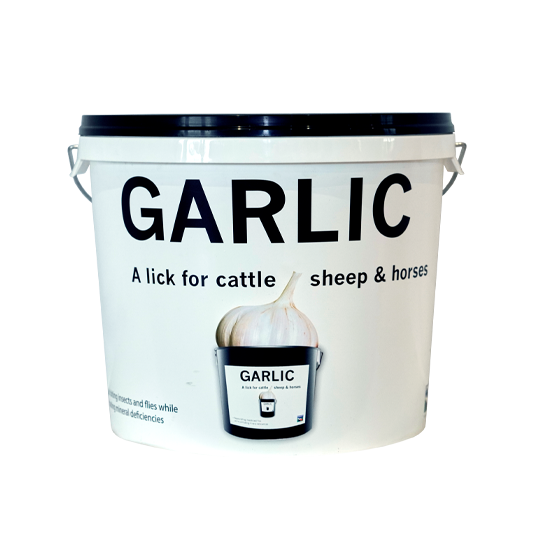 Grass samples were collected across the country in mid-June. During this period, we saw much more rainfall compared to the
drought conditions in places during the month of May. We experienced average temperatures in the region of 12-15 °C. However, according to GrassCheck for the commencing 8th June, grass growth remained below average (see figure 1 below), as the impact of May’s drought continued to take its toll on pastures.

This was seen most significantly in the eastern counties, where onfarm growth rates were averaging 42.8 kg DM/ha, just 61% of the typical 70.4 kg for early June. The 14-day prediction showed that growth rates could start to recover as soil moisture stores were slowly replenished by rain.

High levels of humidity in recent weeks has resulted in an increase in populations of flies. To combat this, Uniblock’s garlic contains garlic oil; fed to stock during the summer months, this can reduce fly and tick problems. Offer to dry stock at grass – cattle, sheep and horses – and it is also ideal for helping to prevent summer mastitis in-calf heifers.

It is evident from our latest results that magnesium in grass remains at low levels, with 70% of samples defined as low or deficient.
It has been well established that a high potassium intake relative to magnesium intake may result in grass tetany, otherwise known as hypomagnesemia.

The potassium-to-magnesium ratio in grass is around 14:1. Recent results shows 7 out of 10 samples contain a 14+:1 ratio therefore
there is still a need to supplement stock with magnesium. Uniblock’s High Mag is suitable for cattle only whilst Economag is also ideal for cattle and for sheep. Uniblock also produces a 2 in 1 fertility and high magnesium product. Herdminder. This contains phosphorus and should be provided to cattle to help get cows back in calf whilst grazing in the summer when the risk of tetany remains.

Home
Products
News and Media
Help and Advice
Contact Us